I first heard these words in 1991 when I was invited to attend a sundance in South Dakota by a friend who was singing there. I had no idea what this all entailed so I approached the idea as I always have been taught, with respect and observing in quietness. Little did I know that attending this ceremony would open doors that I could never have imagined for myself on this walk and journey.

The P&DJ’92 was just that, a journey of ceremony that lasted six months to complete while running touching the land as each step was a prayer for peace and one’s own self dignity. However, it became more than just one’s journey as it grew and as I traveled from on reserve to the next I learned a little more about myself never thinking or assuming that what I had learned would actually benefit anyone.

In 1992 I was living in Santa Fe, NM studying and working as a bodyworker in the field of Healing Arts and teaching Peace Studies at an alternative school just outside of Santa Fe when I had been asked if I’d be a tutor for a student who was the Youth Ambassador for this run. I inquired what was needed for this and so I proceeded on to becoming more involved with this event being a tutor for a young man who represented the future generations to come. However as it may seem once I flew to Anchorage the very same day that the P&DJ runners were departing for the Interior towards Tok, AK completing the Alaskan part of the run and where the “official” start for this event was to begin on May 2, 1992.

What I learned through this entire ordeal because it did become that the more runners joined in and wanted to do things their way instead of how the run was fairly controlled with consistent respect towards one another for one and the sense of belonging another aspect, but what I truly learned was “Assume nothing and expect the unexpected”.

From the information I had repeatedly heard over and over at different places was that thousands were invited to join in on this great and historical cultural experience and only seven showed up at the official stage and start of the run. It had me thinking, “what did I get myself into this time?”

At certain ceremonial points that were usually in First Nations territories there was always a crowd of people but once we hit the road to reach our next destination it was quiet peaceful and beautiful running and listening to Mother Earth speak through the trees and the winds not always at our back even the snow as it fell on us crossing the Muncho Lake Summit in northern B.C. 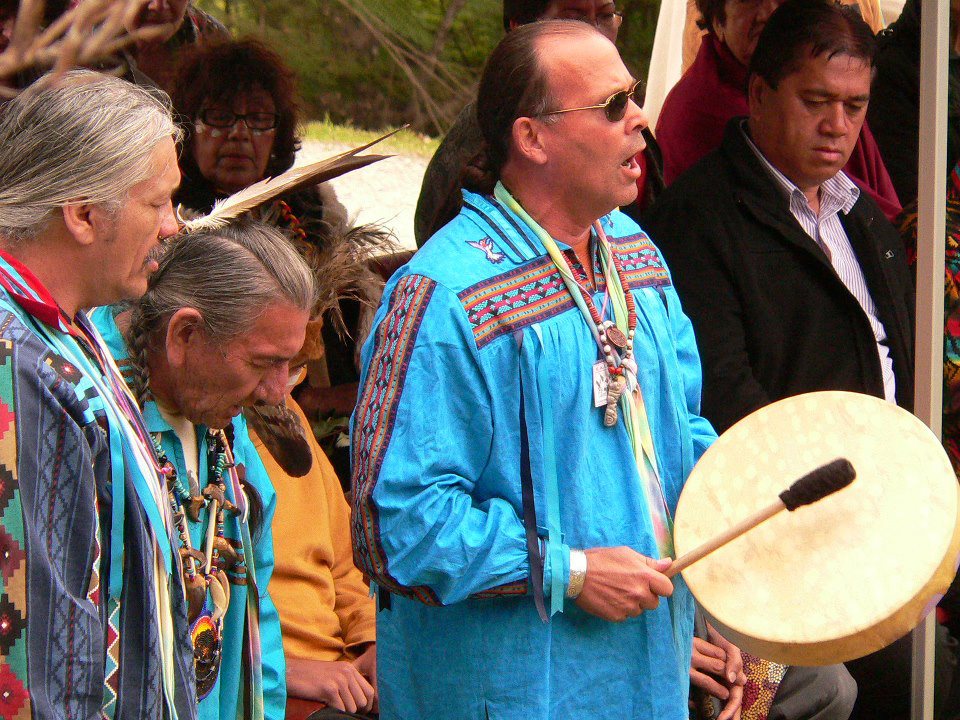