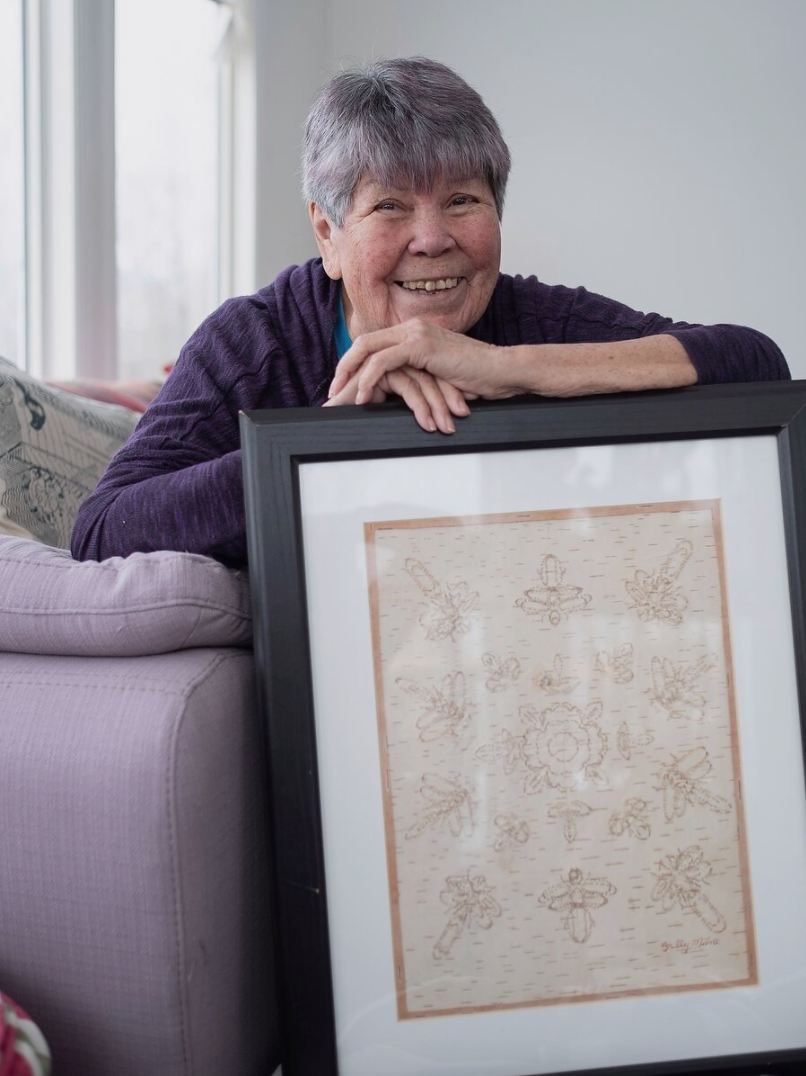 Cree Elder Sally Milne, 78 years old, was born and raised on the trap line in Northern Saskatchewan. Sally was 12 years old when she was sent to the Prince Albert All Saints Residential School. Through the hardships of her residential school experience, Sally attributes those formative years with her parents and family giving her the traditional knowledge and understanding as essential to her resilience during that time.

In the early 1990s, Sally decided she would become the best in the world at something. Precisely what that something was going to be, she had yet to decide. Sally considered all her options and thought cross-country skiing might be fun. But then she remembered she had very little experience with the winter sport.

Sally continued to wonder what activity she could attempt as the date of a popular, all-abilities competition was fast approaching. She had seen the event before and was excited to measure her potential. Before it arrived, however, event organizers asked her to provide some prizes in the form of birch bark bitings she had just recently begun to create. Sally did not know that this was just the beginning of finding her talent.

Traditional Woodland Cree used bark bitings as templates for decorating baskets with quills. According to Milne, there was no “art for art’s sake” in the nomadic lives of the Cree. Arts and crafts were used as decorations for necessities such as clothing, tools, and utensils. With only a small handful of artists practicing this art form, each piece of art is actually a rare piece of history.

Sally Milne is special, using only her teeth and carefully harvested birch bark she transforms it into a distinctive piece of art. A unique process that inspires respect and curiosity for an ancient, timeless art form. She believes her path was set out for her by the “Seven Grandfathers,” spiritual keepers of the traditional Native principles of love, respect, honesty, peace, patience, courage, and wisdom.

Sally is now one of the most renowned birch bark biters in the world. Her artwork and knowledge have been showcased on The Bravo Channel, BBC, Discovery Channel, Wayne Rostad’s On the Road Again, and her art bought by celebrities, Government dignitaries, and many other receptive and appreciative fans.

Nestled just north of Saskatoon, Saskatchewan, Sally travels, makes, sells, and shares her artwork and her vast knowledge, experiences, and art to all – striving for balance and harmony in an ever-shifting world.

For more information on Elder Sally Milne and her birch bark bitings: https://www.sallymilne.ca/