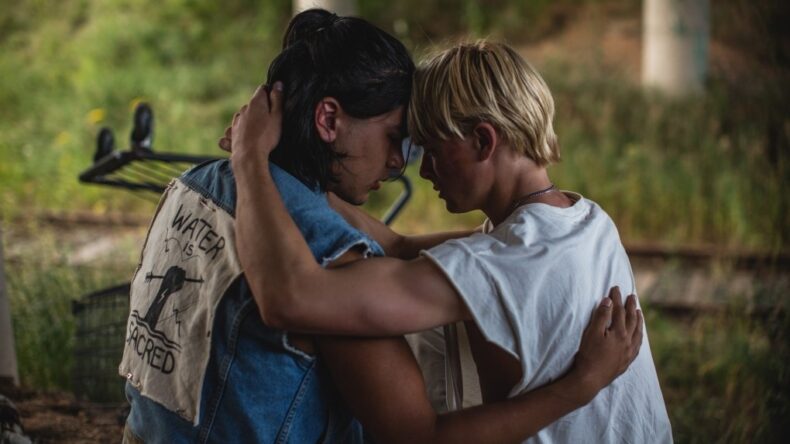 FREE showing event, click link below to reserve your seat…

When Link discovers his Mi’kmaw mother is still alive, he runs away from home with his younger brother Travis, in a desperate gamble to start a new life. They’re soon joined by Pasmay, a pow wow dancer drawn to Link’s story. Together they embark on a Two-Spirit odyssey, reconnecting with culture and the territory of Mi’kma’ki in Nova Scotia, Canada, while trying to find Link’s mother, Sarah.

REVIEWS
Filmed in Nova Scotia and featuring both English and Mi’kmaw, Wildhood beautifully captures the beauty of the landscape and its community as well as moments of humour, even as it treads some bleak spaces.
– Aparita Bhandari, Globe and Mail

The emotions are heavy and the sense of vulnerability unshakable in this open wound of a film about broken lineage, generational trauma and the yearning to find community.
– Radheyan Simonpillai, NOW Toronto

Hannam is a talent in control of their work. What is on the screen, captured in the performances and in the frame of the director’s eye, shows a formidable truth.
– Thom Ernst, Original CIN