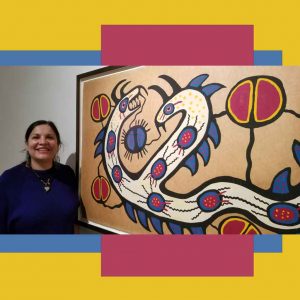 Bio
Shayla Elizabeth is a mixed-blood Iniwé (Cree) writer, poet, storyteller, Spoken Word artist, who has been a member of the Indigenous Writers Collective, MB, since 1999. Her work has been published in Contem-porary Verse 2 lit. journal, the Indigenous paper “First Perspective”, and featured on CBC radio and NCI FM, among others. She has been published in Manitowapow: Writings from the Land of Water, edited by Dr. Warren Cariou and Dr. Niigan Sinclair. She also has participated at Speaking Crow, a poetry open-mic. She was most recently published in RED RISING magazine, “Matriarchy” issue.