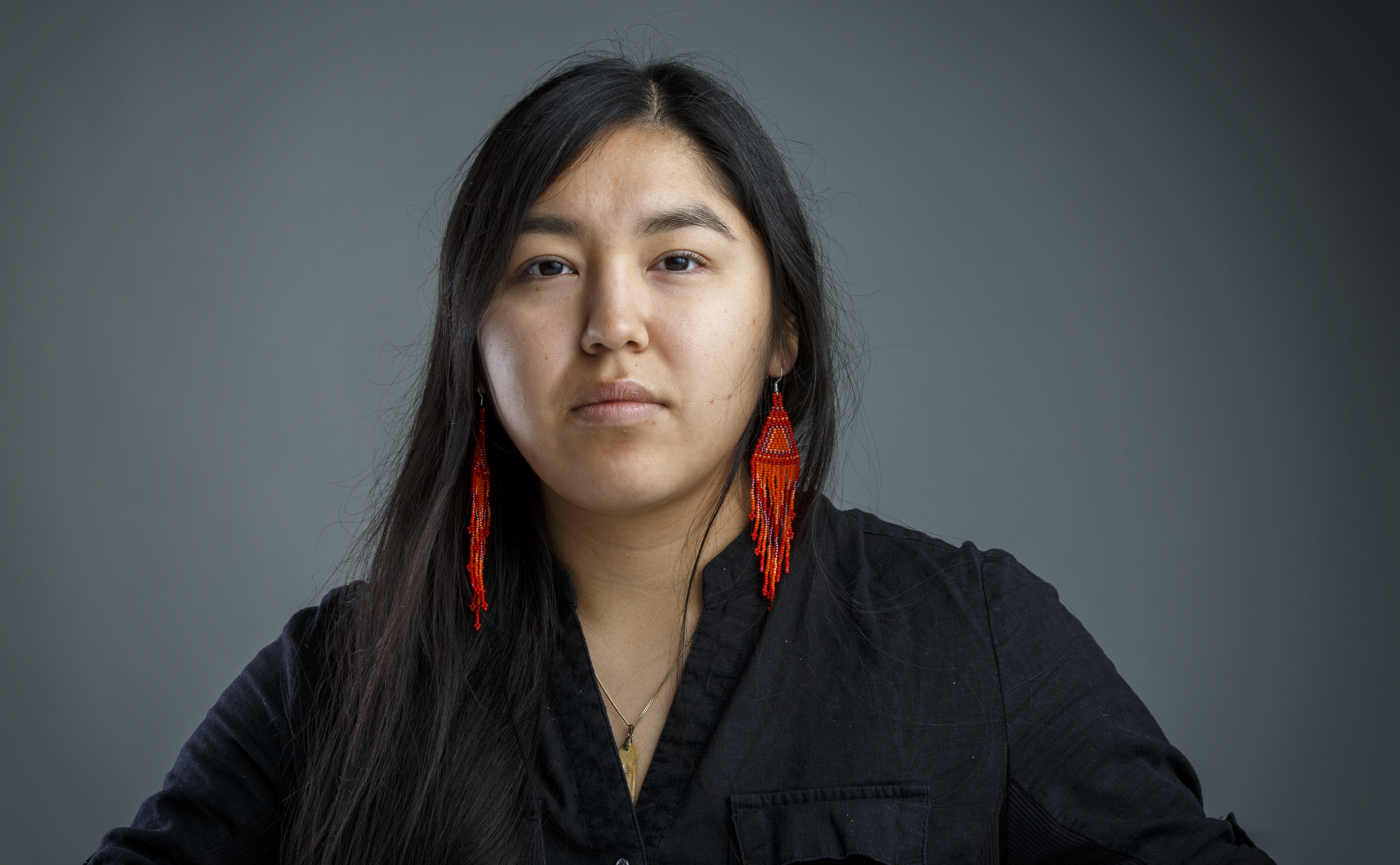 We will virtually join Darcie in their studio where they will discuss their painting practice, painting from family photos, their ventures into trying new media and growing up in Tuktuyaaqtuuq. Darcie’s video will be posted on aceartinc.’s social media as well as the Digital Anti-Matter Anti-Manifesto website.

Darcie “Ouiyaghasiak” Bernhardt is an Inuvialuk/Gwichin artist from Tuktuyaaqtuuq, NT Alumna of NSCADU in 2019 (BFA). Raised in Tuktoyaktuk where the ocean’s harsh winds carve into the Western Arctic landscape. Bernhardt has a special bond created from this ecosystem to their family and sense of place. Their practice has primarily focused on the narrative of domestic life in the North stemming from memories of home. Their first painting solo show titled Akisuktuaq was shown at Feheley Fine Art gallery this June (2021). They were a part of EVERYSEEKER’s Call + Response where they created video animation and collaborated with Sill and Rise single Pandemonium for their upcoming album. Bernhardt was the featured artist for the Inuit Art Foundation and titled Nanuk and Jijuu at Art Toronto in (October, 2019). Bernhardt’s work was installed at Nuit Blanche (Montreal, 2019) as a part of GLAM Collective’s Memory Keepers I residency, and they were the curatorial assistant for Memory Keepers II at Art in the Open (Charlottetown, 2019). Their collaborative short films have been shown at ImagineNATIVE (Toronto, 2020), Maoriland Film Festival (New Zealand, 2021) and BIRRARANGGA Film Festival (Australia, 2021) for Greed Story. Their collaboration film with Carmel Farahbakhsh titled Nanuk & Bibi was shown at Nocturne (Halifax, 2020) and Toronto Short Film Festival (March, 2021). They were part of RBC’s Emerging Artist Projects From Within. This past year they were awarded Indigenous Artist Recognition from Arts Nova Scotia (2020). More recently, their work can be seen in INUA, the inaugural exhibition at Qaumajuq, the new Inuit Art Centre at the Winnipeg Art Gallery (2020-2021).

Darcie’s studio visit will be followed by visits with Ravyn Wngz on Tuesday, August 3, and Evan Ducharme on Monday, August 9.

This event is happening as part of the programming intervention, Digital Anti-Matter Anti-Manifesto, curated by gijiit.

gijiit is a curatorial collective consisting of members Jas M. Morgan and Adrienne Huard, based in Tkaronto and Miiskwaagamiwiziibiing. The collective concentrates on community-engaged Indigenous art dealing with themes of gender, sex, and sexuality.