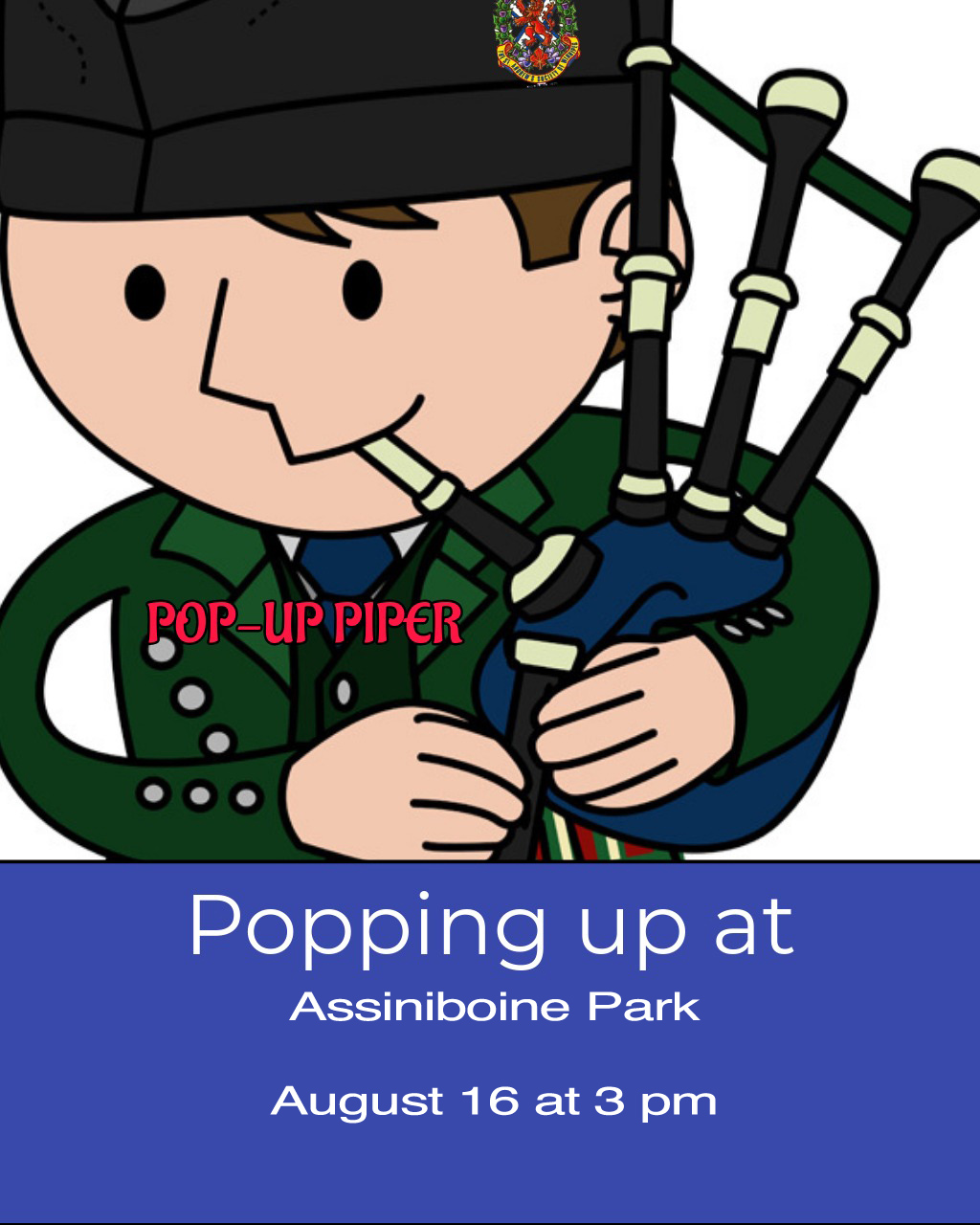 Following successful Pop-up-Piper performances at The Forks, the Winnipeg Art Gallery, the Manitoba Legislative Building, City Hall, the St. Boniface Basilica and the City of Selkirk Marine Museum, the St. Andrew’s Society of Winnipeg (SASOW) is once again inviting to the public to a Scottish bagpipe and dancers mini-performance, Sunday, August 16 at 3:00 p.m. in Assiniboine Park.

Assiniboine Park is one of Winnipeg’s finest attractions and is visited by millions of people every year. Open 24 hours a day, year-round, the Park serves as a gathering place for locals and tourists seeking recreation, relaxation, and education. It was officially opened, opened in 1909 and covers 1,100 acres of which 400 acres are designed in the English landscape style.

The “piper”, 16-year old Nora Eldridge of the Lord Selkirk Robert Fraser Memorial Pipe Band, will begin her Pop-up-Performance at 3:00 p.m. near the Queen Victoria statue located at the rear of the English Garden and will then proceed to walk-and-pipe to the Lyric Stage where she will be joined by a Highland Dancer.

“The entire province is missing Folklorama,” said society president Andrew Floor. “The St. Andrew’s Society of Winnipeg is celebrating its 150th anniversary in 2020-21, and these free, impromptu pop-up-piper performances will help everyone sample a bit of Scottish culture and pride.”

The pop-up-piper concept was started in Scotland and is also happening in Montreal this year.