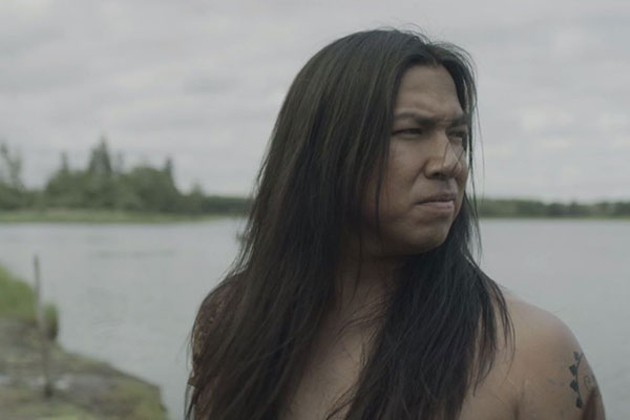 Our short film program weaves through issues and narratives to present a cinematic collage you won’t find at the Cineplex.

**Apaja’simk – The Return | Trevor Gould (2018) 11 mins
Glooscap’s messenger Marten is sent back to the land of the People to find them, learn about them, and to tell Glooscap if he is needed again. This Mi’kmaq language short film was produced through AFCOOP’s Language of Nova Scotia program.

**The Gottingen Stigma | Ross Andersen & Silas Brown (2018) 10 mins
This short documentary examines the story of how the change of a street name divided the Halifax North End community.

**Alive Day | Paul Vienneau (2016) 3 mins
On the occasion of the 25th anniversary of an injury that took his leg, first-time filmmaker and accessibility advocate Paul Vienneau reflects on how his injury changed his life and engages in a simple act of kindness to find ward off depression and isolation.

**We Regret to Inform You… | Eva Colmers & Heidi Janz (2015) 11 mins
In a check-box society that functions by dividing us into neatly-defined categories, where does someone with a strong mind and a weak body fit in? Dr. Heidi Janz – award-winning playwright, accomplished academic, and self-described ‘crip’ – has a curious problem. Despite her obvious physical limitations she is denied financial assistance from government programmes because of her “productive” mind. Following Heidi through her everyday life, with all its unique responsibilities, opportunities, and challenges, We Regret to Inform You… offers an unsentimental, and unapologetic, look at what it means to be both “disabled” and “productive”.

**Me Too: From Hashtags to Healing | Avalon Sexual Assault Centre (2018) 6 mins
Avalon’s team of expert sexual assault trauma therapists explain the work of healing behind the hashtag.

**Grace | Taylor Olson (2018) 9 mins
A young mother with weekend custody struggles with the ambiguity of her child’s safety. Her fear of harm to her daughter, lack of power, clarity and surety plague their weekend together.

**L’acteur – Jana Doiron (2018) 6 mins
An actor loses grip with his own identity as he succumbs to an existential crisis in this francophone short produced through AFCOOP’s Languages of Nova Scotia program.