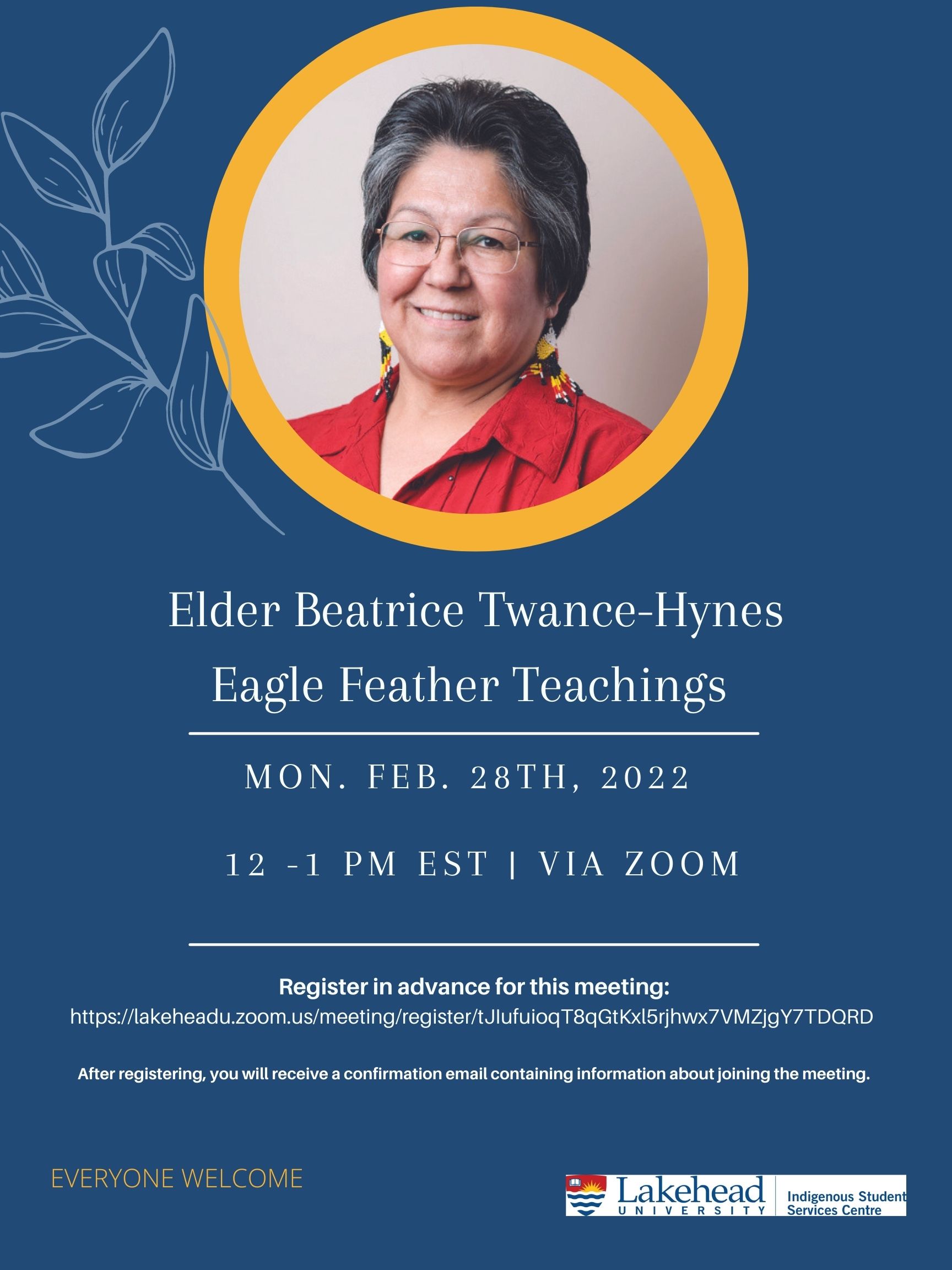 Register in advance for this meeting:
https://lakeheadu.zoom.us/meeting/register/tJIufuioqT8qGtKxl5rjhwx7VMZjg…

After registering, you will receive a confirmation email containing information about joining the meeting.

Elder Beatrice Twance-Hynes Beatrice Twance-Hynes is from the Bear Clan (maternal), Deer Clan (paternal) and from the Biigtigong First Nation (formerly Pic River First Nation). She has lived in Thunder Bay since 1988 with her husband Gerry. She is a wife, mother, and grandmother. Beatrice has a Native Teacher’s Certificate from Lakehead University and an Ontario Management Development Certificate from Confederation College and numerous courses in human resources. She has worked in Human Resources at Dilico Anishinabek Family Care, and has been their Cultural Manager since December 2012. Beatrice is a traditional women’s dancer who makes her own regalia. She is a grandmother pipe carrier, a sacred circle facilitator, songwriter, singer and drummer.

She shares teachings on the Medicine Wheel, the Sacred Medicines, and the Seven Sacred Grandfathers, women and water teachings, and teachings on the hand drum, drum-making and birthing. She facilitates sacred circles. In her role as Cultural Manager, Beatrice has had the opportunity to sit in on traditional healing sessions with a traditional healer since January 2014 and has learned a lot of teachings. Beatrice has been a member of the Elders Advisory Council, Aboriginal Liaison with the City of Thunder Bay since December 2013 and a member of the Elders Council at Lakehead University since April 2015. She is also one the Elders-in-Residence at Lakehead University.