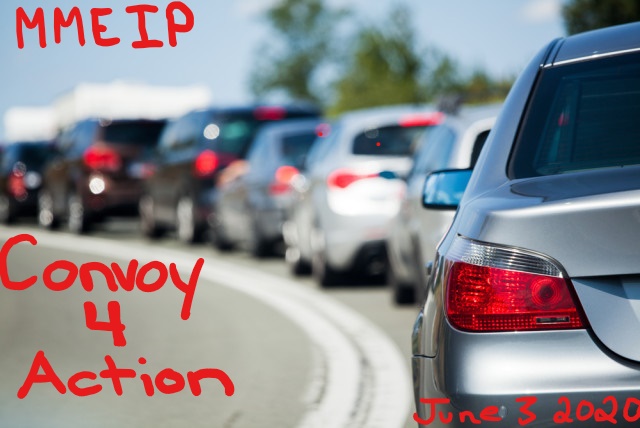 Why June 3? On Mon., June 3, 2019 the National Inquiry into Missing and Murdered Indigenous Women and Girls formally released its Final Report, “Reclaiming Power and Place” which outlines 231 Calls for Justice, including 8 calls to individual Canadians. The final 1,200 page report calls violence against First Nations, Metis and Inuit women and girls a form of “genocide” and a crisis that has been “centuries in the making.” Yet the report’s recommendations have gained little traction or media coverage. To mark the first anniversary of the report’s release organizers have designed an event where we can all help propel the formal implementation of the Calls for Justice forward. The event provides an avenue for all to play a role addressing this national human rights crisis.

****This vehicle convoy is a unique event where family members, advocates, allies and survivors will come together in the Call For Justice while ensuring safe social distancing during the Covid-19 pandemic (as per the Government of Alberta’s Restrictions on Gatherings). Join us as we continue to raise the alarm on our human rights crisis of Missing, Murdered and Exploited Indigenous People (MMEIP)****

Participants will meet at the parking lot at 78 Street and Borden Park Road (see map) in a drive-in theatre style parking set up. All participants are requested to remain in their own vehicles to ensure compliance. Supporters will then be escorted in a convoy by the event organizers on a pre-determined route (through downtown Edmonton – see map) to the Alberta Legislature grounds, then existing south on 107 street leading to River Valley Road where the convoy will disperse. Convoy participants are encouraged to bring awareness signs, wear red or tie a red ribbon, scarf, etc. to their vehicle.

Those who are unable to join the vehicle convoy are encouraged to show their support in the various ways:
• Wear RED on June 3
• Safely tie a RED ribbon to your home, a tree, vehicle, bicycle etc.
• Place a RED paper heart in your window with MMEIP written on it
• Create, display and share your pictures, MMEIP awareness and support messages and signs on social media, including on the Stolen Sisters & Brothers Awareness Movement Facebook page
* Use the hashtags – #MMEIP and #implement231NOW
• Connect to Stolen Sisters & Brothers Awareness Facebook page to see how you can stay involved and lend your voice to this crisis
• Search out information and create awareness of this crisis among your peers and family
• Write letters to government officials