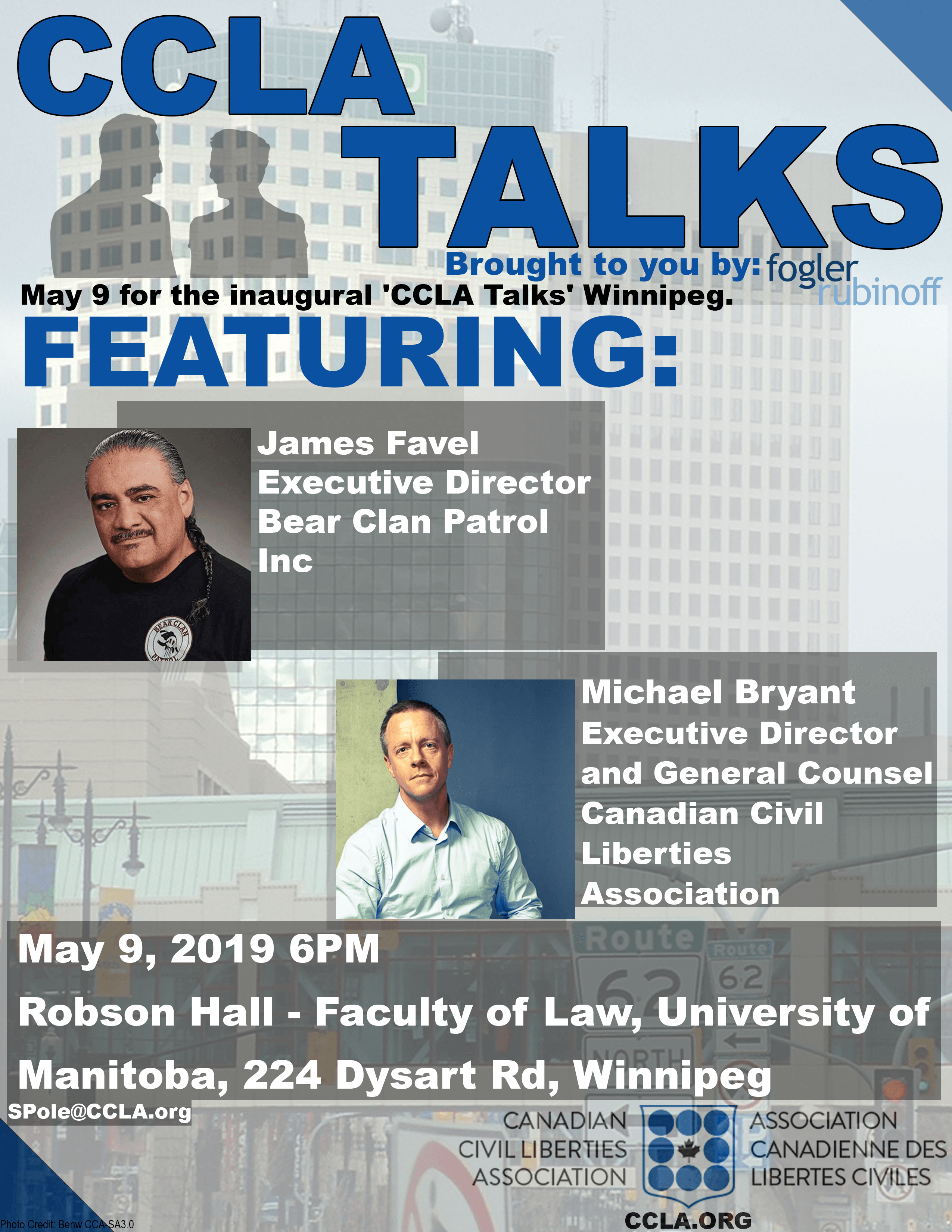 Join us for the inaugural Winnipeg ‘CCLA Talks’, at Robson Hall Faculty of Law. Bear Clan Patrol’s Executive Director James Favel will join CCLA’s Executive Director Micheal Byrant in conversation. Together, they’ll examine the many interconnections between civil liberties and the Patrol’s work on Winnipeg’s streets.

For over 50 years, CCLA has been Canada’s national civil liberties organisation. Working with dedicated pro-bono lawyers from across the country, CCLA has intervened in courts at all levels, been vocal in the press and broadcast media, and advocated strategically and effectively to protect the rights and freedoms of all persons in Canada. CCLA has been at the forefront of all of the cutting edge civil liberties debates since our founding in 1964. CCLA has been a leader in protecting rights, and has earned widespread respect for its principled stand on such issues as national security, censorship, capital punishment, and police and state accountability.

For more information on the CCLA: https://ccla.org/

Bear Clan Patrol is a community-based solution to crime prevention, providing a sense of safety, solidarity and belonging to both its members and to the communities they serve. The Patrol demonstrates a way of being that works in harmony with the broader community rather than in conflict with it, and in a relationship that encourages rather than seeks to defeat leadership. Its work is achieved in a non-violent, non-threatening, non-judgmental and supportive manner primarily through relationship building and reconciliation.

For more information on The Patrol: https://www.bearclanpatrolinc.com/