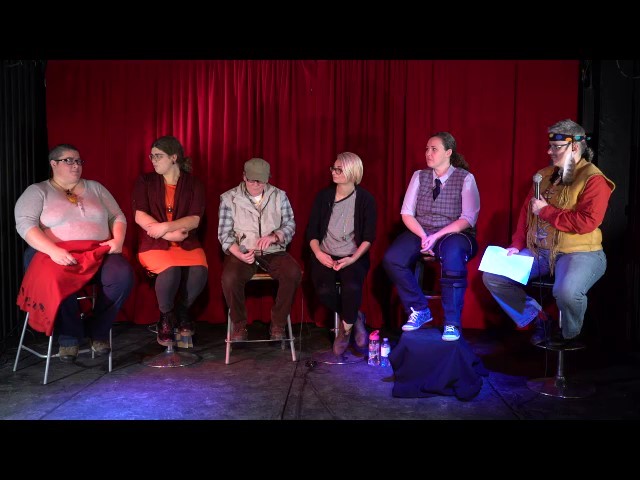 The screening will be preceded by a reception. Offered in partnership with The Ottawa Public Library (Main Branch) and Gallery 101.

This event takes place on the traditional and unceded territory of the Algonquin Anishinaabe Nation.

In Anishinaabemowin (the Ojibwe language), the world is structured around the animacy of the universe – animate/inanimate, or in simpler terms living/dead – it is not structured around gender – masculine/feminine, him/her – such as many European languages. Thus in the Ojibwe worldview, it can be said that we’re less concerned with one’s gender and more focused on living a good life. In Anishinaabemowin, there are words that were traditionally used to describe people who chose to dress and live as a woman or a man, regardless of the gender they were born into. They took on the gender-roles they felt most comfortable in and this was normal and socially accepted in traditional Anishinaabeg communities. If someone was assigned female at birth, but later in life chose to take on the gender-roles of a man, they were called Agokwe-Nini, which literally translates as ‘wise-woman-man’. Another word is Ogichidaakwe (Warrior woman), which was also used to describe someone that was born female but chose to take on the gender-roles of a man.

Gallery 101 gratefully acknowledges, the City of Ottawa, the Ontario Arts Council and the Canada Council for the Arts. Gallery 101 thanks our members, volunteers and supporters. G101 honours and respects the original people of the territory we currently occupy: unceded and unsurrendered Anishnaabe-Aki who have been living and working on this land since time immemorial.